My sister is awesome. Seriously awesome.

She came through again with Halloween costumes for MGM and Trixie, and I think she really outdid herself this year.

[Sidenote: One of her friends asked her a few weeks ago, “So, what costumes are you making for your sister’s kids this year?” I am so busted.]

[Second sidenote: I ran into someone I know this week and asked what her five year old daughter was going to be for Halloween. Answer: a Kitty Fairy. She was equally perplexed what said Kitty Fairy may be but the gist of this is that in 2014 you can be any kind of fairy that sparks your fancy. I heartily endorse this point of view].

Here we are (pre-Halloween, at sister’s abode, and SHE MADE THESE): 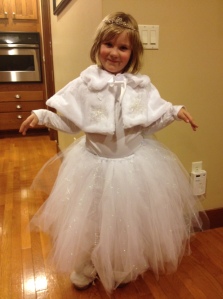 We also carved two pumpkins back at Fancy Pants Ranch: 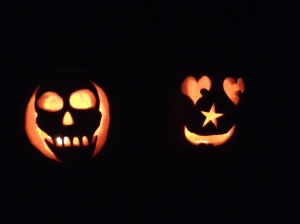 Fact: While I love surgery, I hate to carve pumpkins.

I’m anticipated to be on walkabout duty tonight and Spouse will likely hold down candy distribution. Pumpkins will be illuminated; hopefully not smashed.

Last year I developed a strong interest in campfire-scented candles.

Why? Not sure. My tastes changed, I guess.

I used to skew toward fruity, tropical scents but now with fall firmly in the air (and my tropical travels over for the year), these masculine varietals feel cozy and right.

Autumn Noir from Henri Bendel. HB also makes a candle called “Firewood,” but I like this one better. It brings in the campfire scent but also is reminiscent of leaves and fall spices. This is burning in my house as I type this. (“Holiday” is another great seasonal scent from HB and comes in a gorgeous gold glass container). 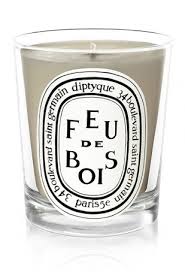 Ski House from LAFCO. My gateway firewood candle and still #1 in my mind. 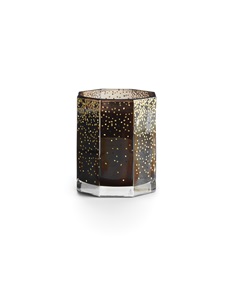 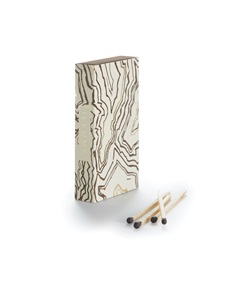 Woodfire candles from Illume. These candles are part of a seasonal collection from Illume and come in a variety of vessels, sizes and price points. The scents are the same for the two above but the presentation is obviously different. I love the idea of pairing these with a box of oversized faux bois matches (also Illume). This is my favorite new find and one I will definitely be giving for the holidays this year.

Fighting Eel is a Hawaiian clothing brand made up of easy pieces that look great with everything from flip flops to heels.

I went nuts at their Waikiki Beach boutique, so much that I had to go back three times to take it all in.

Fighting Eel’s stores are stocked with their namesake items as well as other cool clothing and accessory brands. Much of their jewelry is made in Hawaii.

I bought two tees, one with a palm tree that says “Aloha” (couldn’t find a picture online) and this one:

The cotton is soft and perfect. 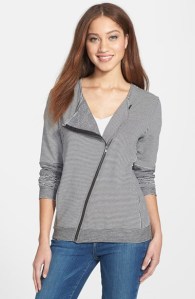 They had some great canvas pouches with beach prints: 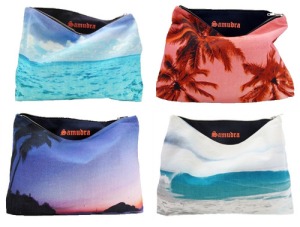 The jewelry was spectacular! I bought two beaded necklaces and one delicate one with my initial.

I can’t believe I missed this one on my first visit, but my friend P. spotted it and sent me back to check it out:

I thought I’d packed well for my trip to Hawaii last week, but it turns out I’d missed a few essentials.

These aren’t forgotten items, but here are two other travel tips for Hawaii:

Sorry for the radio silence!

Lots of posts this week about my trip to Hawaii, which was pretty darn great.

To recap, this trip was part work and part fun. My field’s biggest conference of the year was in Honolulu, and I tacked on two days of vacation on the front end. Spouse also tagged along for the first half.

Here’s where we stayed: 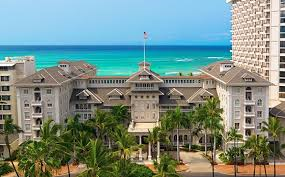 The Moana Surfrider opened in 1901 and is the oldest hotel on Waikiki Beach.

It’s also located at the end of the hotel strip, nearest to Diamond Head. Here are two shots of Diamond Head from the hotel’s beach area: 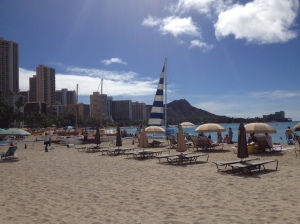 The five hour time difference between Central time (our zone) and Hawaii kept me waking up at the un-ripe hour of 5 AM most days, and that was all the push I needed to put on my running shoes and go for a spin.

One great thing about most Westin hotels is that they provide running maps, and the Moana Surfrider was no exception. (Don’t forget to ask the door attendant upon return for a cold bottle of water and chilled towel. Most Westins also have those ready and waiting).

The first morning, Spouse came with me and we did a 3-4 mile route along the ocean and circled a park. Being up so early meant we got to see tai chi students on the beach, plenty of yoginis with mats on the sand, and lots of surfers. I loved it.

One thing nagged me that day: I saw that the hotel running map had an alternate route that took you all the way around Diamond Head. I knew I had to do it.

The next day, Diamond Head was mine.

I took a right out of the hotel and ran along the ocean, finally turning onto Diamond Head Road.

I’m chalking it up to forced perspective, but for the life of me, it seemed like I never got to the tip of Diamond Head. I felt like I was running forever and it was mysteriously almost all uphill.

I hadn’t even rounded the halfway point and I was ready to give up. What seemed to be the end of Diamond Head was always out of my reach, visibly taunting me.

But then something amazing: I turned a corner and the city sprawled below me, stretching out to my right.

I’d completely circled Diamond Head and hadn’t even realized it.

The illusion of never reaching the end was just that: an illusion.

There was no official “end,” rather a pentagonal or hexagonal route. The points of the diamond kept shifting from my ground perspective and what I thought was an unreachable tip was really a series of turns that I’d already mastered.

The rest of the run was a downhill cruise back to the hotel with a huge smile on my face. 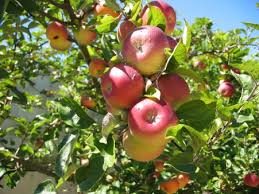 Fresh apples are one of my favorite parts of fall, and I’m lucky to live in a place where many different types of apples grow really well.

Apples might not seem like an exploding product line, but over 130 new varietals have been introduced over the past 5-6 years.

One standout new apple is the Riverbelle, which has a snappy crispness and is more sweet than tart.

Try them if you can find them near you!

Almost exactly five years ago, I had a reservation to stay at an unnamed hotel to run in a race.

I chose that exact hotel based on proximity to the start/finish line, so I knew it would be within easy stumbling distance at the end.

When I got there, the desk clerk informed me that they were oversold, and that my guaranteed, pre-paid room was, in fact, not guaranteed and not available.

However, they were happy to send me over to another hotel about 10 miles away, which totally defeated the purpose of staying near the finish line.

Spouse and I drove through increasingly sketchy parts of town to get to the new hotel, and at one point we passed an overturned car on fire. 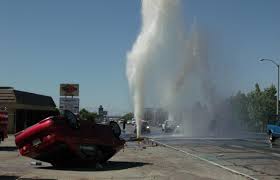 When we got to the new hotel, it was something like this:

I took one look at the parking lot and decided that since I didn’t feel like being murdered in my sleep, there was no way I would be staying there.

I got on the phone and immediately booked a room at the local W, a hotel chain I’d long admired but had never stayed.

That W was heaven. I was hooked.

Since then I’ve stayed at nearly a dozen different Ws, mostly because I also committed to nearly always staying at Starwood hotels as part of their Preferred Guest program. 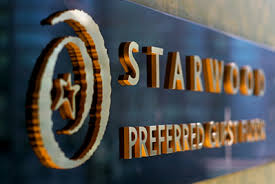 Even though I don’t usually do a great job of concentrating airline miles or other “reward” points or programs, I am pretty fierce about Starwood, particularly since their Preferred Guest Program is recognized as one of the best loyalty programs out there. (Marriott wins the top spot).

Although the 40+ properties in the W chain are still my favorites, Starwood has many great brands including Westin, Aloft, St. Regis, Sheraton and Le Meridien.

I don’t quite garner Road Warrior Status, but I travel just enough to be able to maintain Gold Status with Starwood, which gives me perks like free internet, free drinks, late check-outs (4 PM in some places), and significantly faster points accumulation over regular membership. Best part is that it’s free to join.

Here are a few tips for how I’ve made (and kept) Gold Status:

Here is my home for the next week:

Today I’m off to a work trip to Hawaii, and of course I am super excited.

I have two days of vacation on the front end, and I was contemplating taking a “Magnum, P.I.” tour in a replica helicopter from the show.

I had to laugh when the conference sent a link about “What to Wear in Hawaii.” Here’s a quote:

The traditional Hawaiian women’s dress is the muumuu, which hangs from the shoulders and fits loosely around the body. Women can wear them to most occasions and fit right in.

So, to recap, I will be dressing like this for the next week: 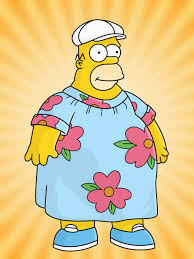 For anyone who loved Lisa Frank’s rainbow and unicorn sticker empire in the 80s and 90s, this absolutely bizarre and fascinating story will blow your mind.

The New York Times Magazine sent a group of second graders to Daniel, a two-star Michelin restaurant in Manhattan, for a seven course prix fixe tasting menu that goes for $220 a person.

While paprika smoked cured hamachi with ossetra caviar wasn’t a huge hit with the under-8 crowd, the overall result was charming and hilarious.

P.S. These kids are also about a million times better behaved than my own. One more reason I will NOT be taking them to Daniel any time soon.