Ring, ring! The 90s called and they want their sandals back.

Platform sandals seem to be everywhere for spring/summer ’15. 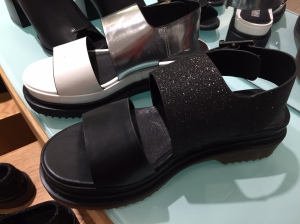 The first pic of black platforms reminds me so much of my friend and ex-roommate S’s chunky Steve Maddens from 1994 that I can’t stand it.

(By “can’t stand it” I mean that I pre-ordered them for purchase during the Nordstrom Triple Point event happing March 18-22. They’re going to send them to me. Thank you, Nordstrom!)

The second pic is a pair of platform Tevas. Yes, Tevas.

The others are Topshop for Nordstrom.

Would you try these? Obviously I’m biting.