Along with the paring-down mood I’ve been in lately, I’ve been trying to be more conscious of how we spend our money. 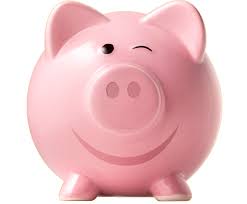 I saw this quote paraphrased in a story about tiny-apartment living, and it really struck a chord:

Your values are how you spend your money and your time.

A little deeper search on this idea brought me to this NYT article by financial planner Carl Richards.

The topic resonates so much with me lately, especially because Mr. Richards mentioned that he realized that spending time with his family and friends was a top priority.

When he examined his recent credit card statements, though, he saw that he had spent a significant amount of money on back-to-back work trips, which ultimately took him away from those same family and friends AND considerably depleted his piggy bank.

That last sentence perfectly describes the first half of 2015 for me.

It’s impossible to get your own (figurative and literal) house in order from 3,000 miles away.

This is why I’m looking forward to a quieter second half of 2015, one that’s hopefully filled with more conscious spending of all resources – especially time.