This is an extremely late trip report about our February 2016 vacation aboard the Disney Fantasy, which was one of seven sailings this year that featured a Star Wars Day at Sea. 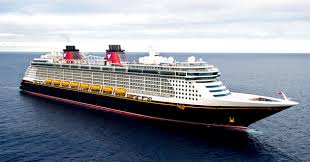 First things first: I am a Disney nerd but not a Star Wars nerd. I haven’t even seen all of the movies, and I’d rate my opinion of the ones I have seen as a solid “meh.”

However, these probably qualify as fighting words around here, as Spouse and MGM (9) are huge fans.

We ended up booking this trip because of the timing, which included Trixie’s seventh birthday and a spring break week for the kids. The Star Wars day wasn’t the deal sealer on this one, but I knew it would be a bonus for the guys.

Speaking of bonus: our friends P. and T. and their two adorable kids decided to book the same trip, and not only were our cabins close to each other but we were also able to combine our dining reservations into one big table.

Our family traveled to Orlando a day early and spent the night prior to the cruise at the Swan Hotel. This day was Trixie’s birthday, and I had her presents sent ahead of time to the hotel to avoid filling luggage space with wrapped packages.

Once we settled in and the presents had been ripped open, we headed over to Disney Springs to check it out. None of us had been there since it was re-branded from Downtown Disney, and we were impressed.

Our first stop was Erin McKenna’s NYC Bakery, which is the first Florida outpost of the renowned gluten-free bakery mini chain. Trixie was diagnosed with severe celiac disease when she was a year old, and this was the first time – ever – that she was able to go to a bakery and choose something to eat. Since it was her birthday, I told her she could get anything she wanted. We walked out $50 poorer, but her delight was totally worth it. 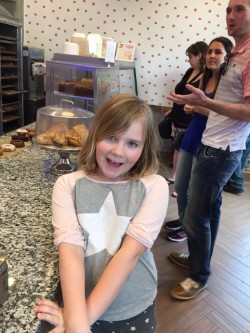 Spouse lost his mind at The Boathouse, which overlooks a harbor filled with vintage boats, including his beloved Chris Crafts. I thought he might need CPR at one point, such was his excitement. Also totally worth it.

We boarded the next day. Transport to the ship was smooth, and we were able to check in quickly at the Concierge area in the port terminal.

This time we were in a Concierge veranda cabin on the starboard side, and our friends were in the same type of cabin on the port side. We checked in with the staff at the Concierge lounge and were happy to see two of our favorite cast members were still there and were working our trip.

The itinerary for this seven night Western Caribbean cruise included stops in Cozumel,  Grand Cayman and Castaway Cay, plus three days at sea. Personal navigators from the same itinerary (albeit two weeks earlier) can be found here if you’re interested in seeing what each day was like.

Some highlights of the trip: 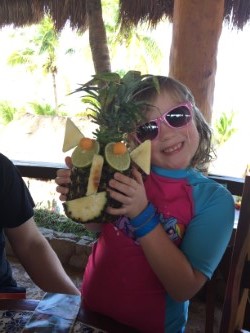 The access to the animals was incredible. I’d love to go back here again. 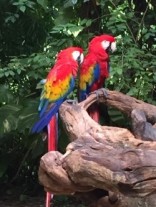 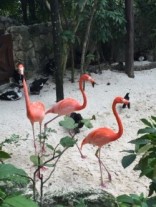 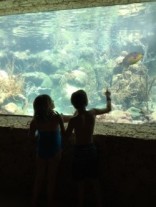 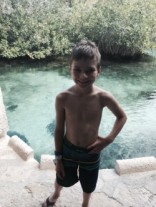 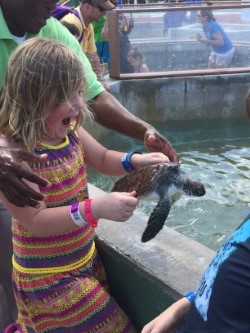 My favorite pic of the whole trip: Trixie was so excited to hold this baby turtle 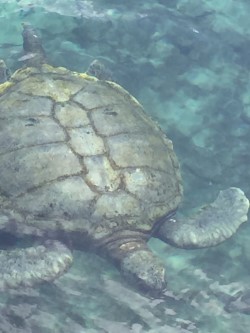 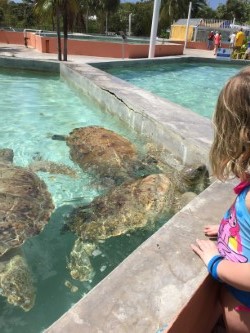 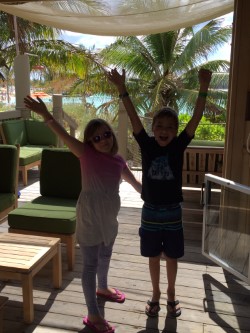 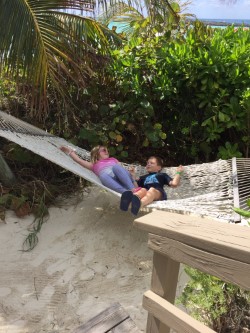 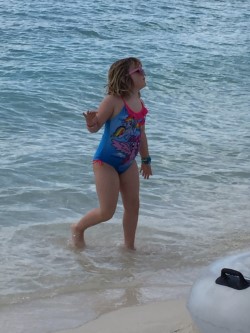 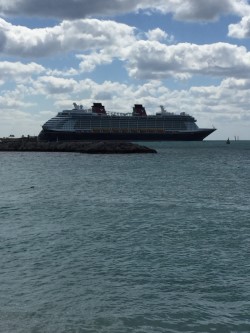 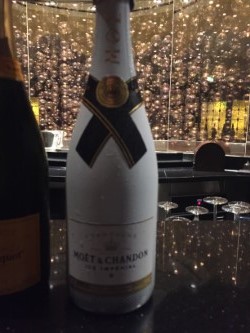 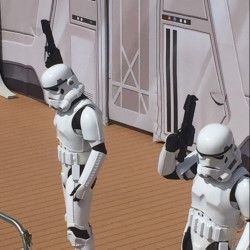 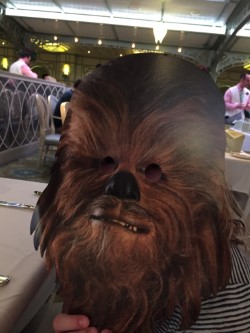 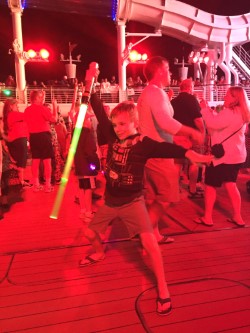 While none of us had any hitches on the trip, we saw two people get evacuated from the ship. The was a first. Both happened during the Star Wars day at sea. The first time a Coast Guard cutter pulled up next to the ship and a door in the middle of the hull was opened (same one used as an exit for ports requiring tendering) and a passenger was moved off the ship. The second time was more dramatic: a Coast Guard helicopter hovered over the front of the ship and sent down a Coast Guard member on a cable, then loaded one of the medical officials from the boat into a giant basket and pulled her up and into the chopper. Finally, a passenger who seemed to have a head injury was strapped to a stretcher and brought up into the helicopter via a cable. I had a bird’s eye view of this from my vantage point in the ship’s spa (Yep – this all happened in the middle of my massage), and my heart was racing just watching the passenger sway back and forth on that stretcher as the cable slowly brought him up into the helicopter. We never heard exactly what happened, so I hope that person is ok.

Overall, this was an excellent trip. Having our friends with us really elevated the fun, and I hope we can do it again sometime soon. As usual, I’m already dreaming about our next getaway…

3 thoughts on “Disney Cruise with Star Wars Day at Sea”