If you’ve been keeping up with me, you’ll know that I’m in a career transition that involves relocating to a (bigger, better) new city.

Specifically, that city is Minneapolis, MN.

Even though it’s only 100 miles due north from where I’ve been living, it still manages to routinely be 10-15 degrees colder.

And that’s saying something.

This week the temps dipped into the negative single digits, and that’s not counting the windchill.

After shivering in my light down Patagonia coat and repeatedly asking myself why I live in the Northern Hemisphere for several days, I finally realized I would not survive without a warmer coat, especially when I now have to park my car outside.

Getting into a freezing car and waiting for it to warm up is a particular kind of torture.

After a bit of research I settled on this Fjallraven Nuuk parka: 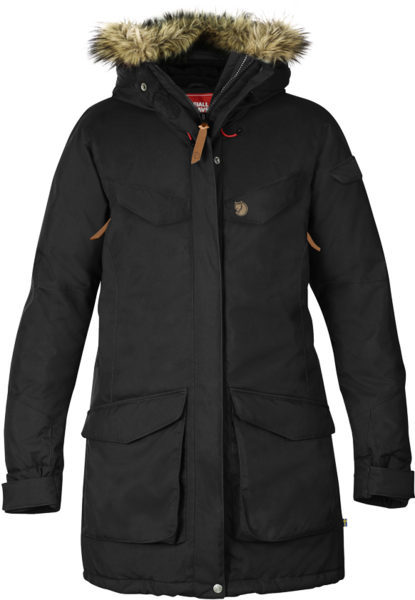 It’s waterproof, windproof and has synthetic fill and faux fur. I still haven’t even explored all of the pockets and features, but there is a phone pocket with earphone cord cut-out in addition to several interior and exterior pockets. The waist can be cinched and overall, this coat is flattering, as far as winter coats go.

Did I mention it’s incredibly warm?

Before I purchased the coat my friend P. and I were discussing different outerwear brands, specifically Moncler and Canada Goose.

Those prices make the Canada Goose parkas seem like relative bargains in the $750-1200 range (although most are reliably $900).

Here’s why: if you’ve ever lived somewhere brutally cold, you’ll know it’s a common phenomenon to have to either check your coat at restaurant or event (this is the preferred option, especially with a receipt and people to actually guard the coats), hang it yourself in a rack that is usually in an unsupervised location, or throw it randomly on a pile in someone’s bedroom if you are at a house party.

All of these choices leave you, on some level, hoping your coat is still there when you’re ready to leave.

And it would absolutely stink to have someone steal your $1400 coat and then have to freeze your way home.

Moral of the story: Never buy the most expensive coat in the pile.

Don’t get me wrong: the Fjallraven Nuuk is still a really nice coat. If you decide to invest in one, know that they run big.

To top off the coat, I also decided I needed a hat like this:

This Ted Baker beanie is fun to wear, and warm. Perfect combo.