A regular subscription is $29.95 per box (for which Love Goodly promises at least $80 worth of products). As I was researching this post, I noticed there is also a VIP box that is $47.95 per box but promises at least one full sized item in each shipment. This is a review of the regular October/November box.

I first read about this subscription on another site, specifically reviewing the August/September box. This box included a full sized bottle of citrus scented KINDri face oil. I love anything citrus-y, and when the review described the scent as smelling exactly like the orange grove scent that is piped in during Disneyland’s Soarin’ ride, I knew I wanted it. I love that ride, and I knew *exactly* the scent they were describing. Since the face oil alone retails for $45, it seemed like a no-brainer to at least give this subscription a one-box trial. My first box included some hits (the face oil, a neutral but shimmery eye shadow) and some misses (an all natural cream deodorant that went straight into the trash and an unpalatable protein bar that quickly joined it).

I was happy to see my second box on the doorstep when I arrived home tonight. 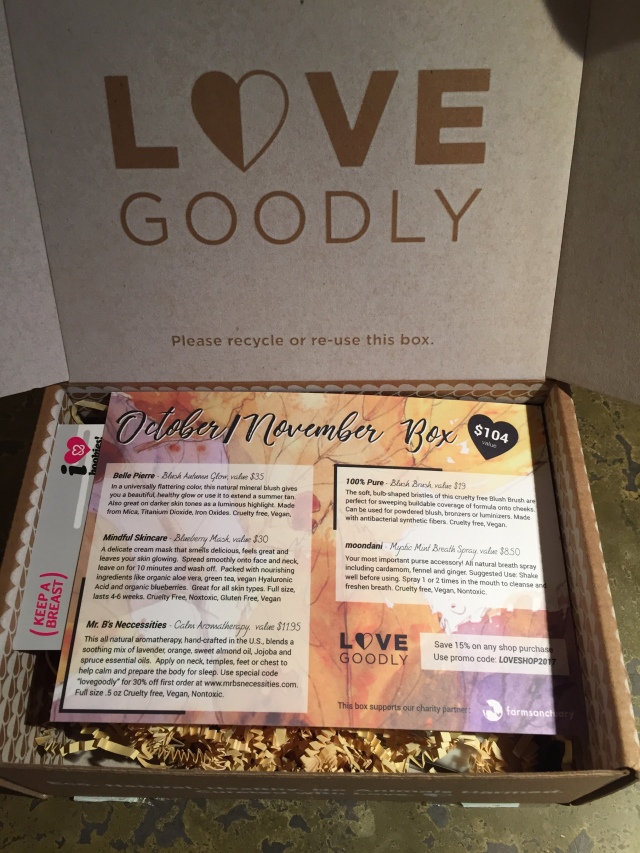 The box contained a product information card that included a recipe for vegan corn chowder on the back. The print on the recipe is tiny but honestly, it looks pretty tasty so I might keep this around if I ever get inspired to make soup. There was also a card with information about breast cancer screening and detection, being that October is breast cancer awareness month.

On to the products: 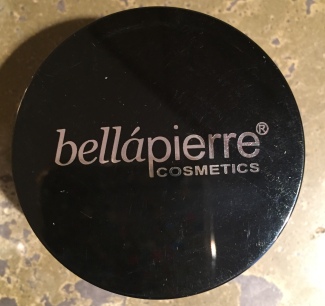 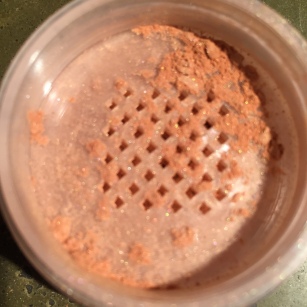 This Bella Pierre loose mineral blush is described as a “universally flattering Autumn Glow,” and the info card suggests using it to extend a summer tan. I swatched it below: 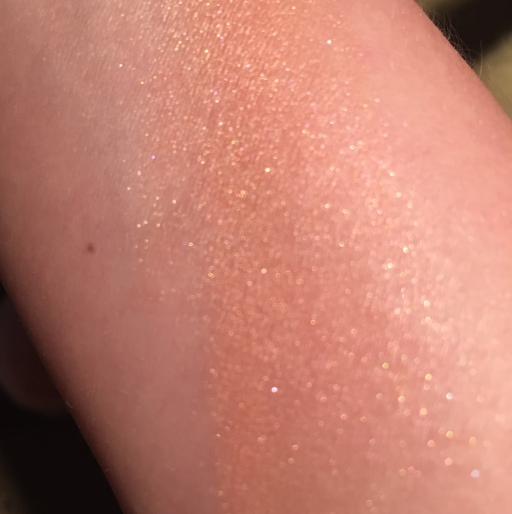 This was extremely sparkly when I first put it on. I was totally offput by that fact and planned to give this to my eight year old daughter for her play makeup kit. To be fair, after about 20 minutes the sparkle seemed to rub off and I was left with something more terra cotta-ish. I still probably won’t use this, and it definitely does not seem worth the listed $35 value. 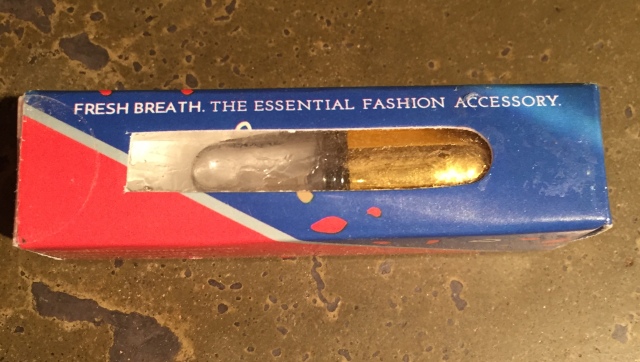 I’m showing the packaging for the next item, which is Moondani Mystic Mint Breath Spray. The listed value is $8.50 and it is described as an all natural breath spray that incorporates cardamom, fennel and ginger. The size of this is small (maybe 3-5 ml?), but it is the right size to carry in a handbag. My package seemed to leak a bit, which is a bummer because in theory, I love weird breath fresheners (Aveda’s mint drops, those Listerine breath strips that look like stamps). I tested it out and the flavor I got was mostly peppermint. The flavor seemed a bit off, which may have been from the leak or perhaps I didn’t shake it up enough. I thought this item was ok, but better in theory than reality. 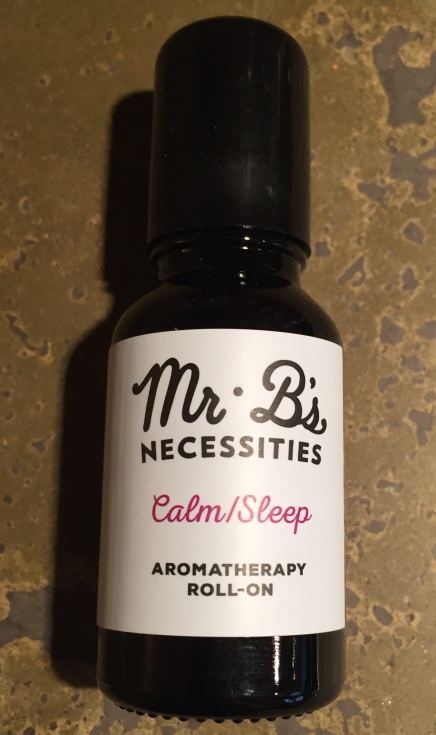 This was probably my favorite item in the box, Mr. B’s Calm/Sleep aromatherapy roll on, which contains a blend of lavender, orange and spruce essential oils mixed with jojoba and sweet almond. The listed price is $11.95, which I think is fair. I have good intentions of using this, but there is at least a 50/50 chance that I will forget about it and not use it when I am stressed or want to sleep. 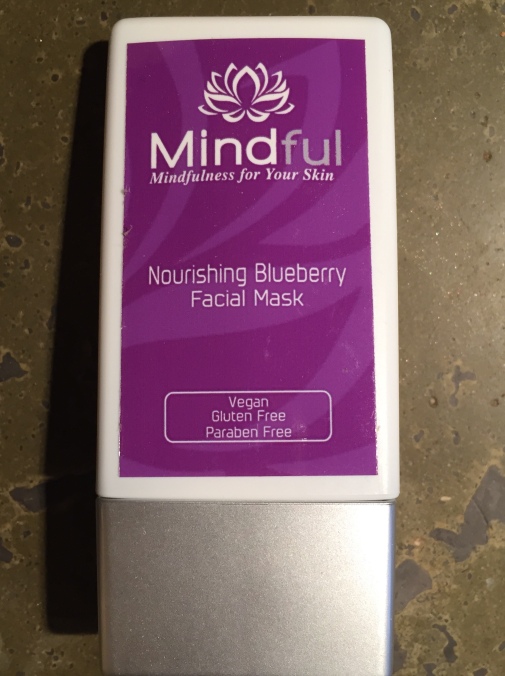 To me, this looks like a travel sized Mindful Skincare Blueberry Mask, which was surprisingly listed as being a $30 value. Careful reading of the information card suggested that this is, in fact, full sized – something I find hard to believe. The color is a fairly unattractive gray, but the scent and texture are pleasant. I haven’t given the mask the full treatment yet, but I will. 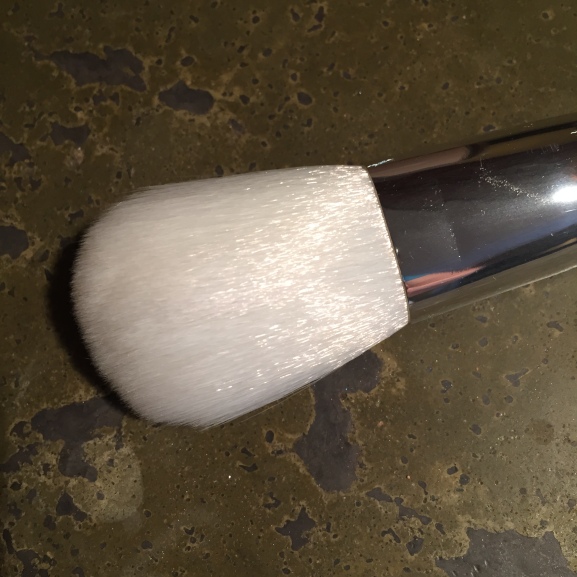 This brush was the last item in the box. It’s from 100% Pure and is listed as a $19 value. The brushes are antibacterial, synthetic fibers. Overall this is a nice brush. I have a lot of spare makeup brushes, so this isn’t something I need but I will probably end up stashing it and using at some point. 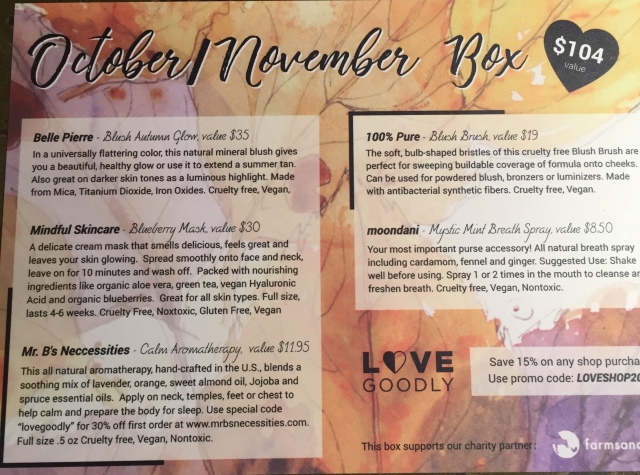 Overall, I found that this box also had hits and misses. I was disappointed that the breath freshener leaked. The aromatherapy roll on was a nice discovery, and I will at least try the blueberry mask and eventually use the brush. The blush? Probably still going to my eight year old daughter.

What do you think of this month’s Love Goodly box?