I never, ever sneak a peek at what’s arriving in my box, but I did see that the package weighed 6 pounds, so I was guessing that there was something substantial – maybe a pair of shoes? – inside.

The heavy item was this: 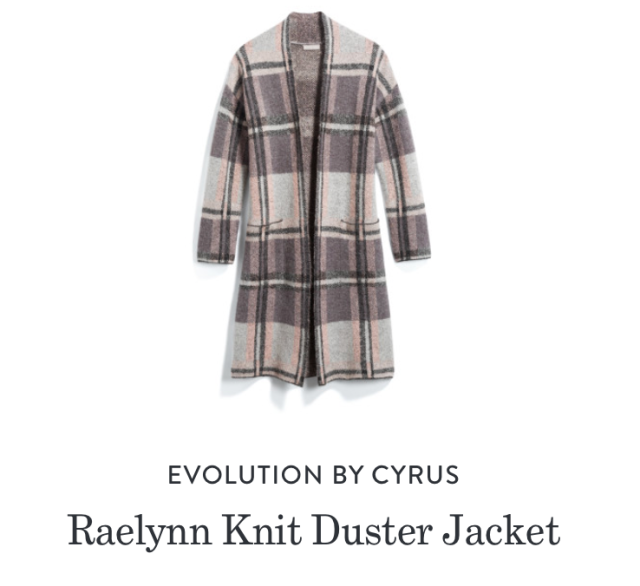 If this looks familiar, it’s because I received the same jacket in my last Fix, but one size bigger. It was too big; I couldn’t make it work and sent it back, then immediately had regret.

In the interim, I even joined a Stitch Fix Buy/Sell/Trade group on Facebook, hoping that I’d find this in a medium. No luck, but I did cross my fingers and put in a request to see this item again.

Second time was the charm on this one. It’s still oversized, but the medium is much, much better for me and I wasn’t going to send it back twice.

The next piece is a great match under the jacket: 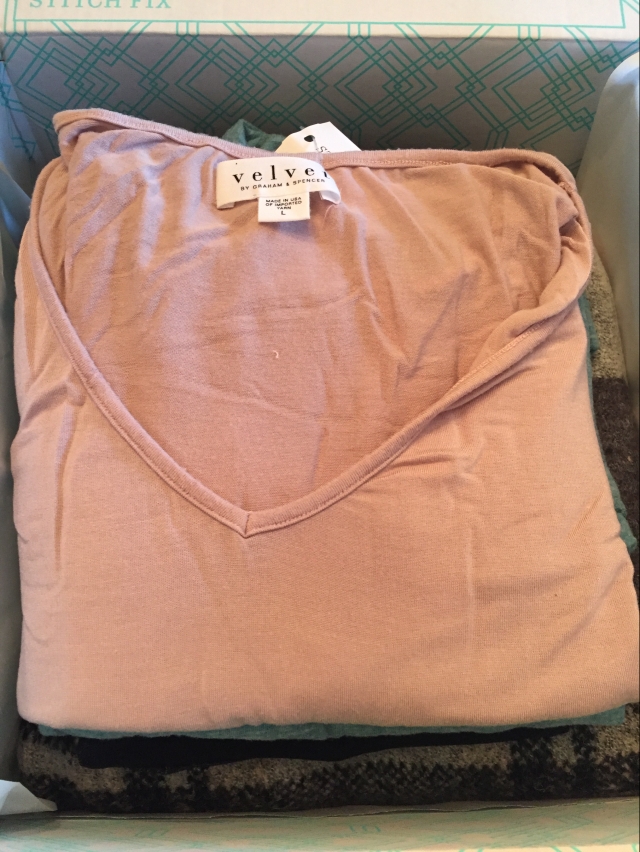 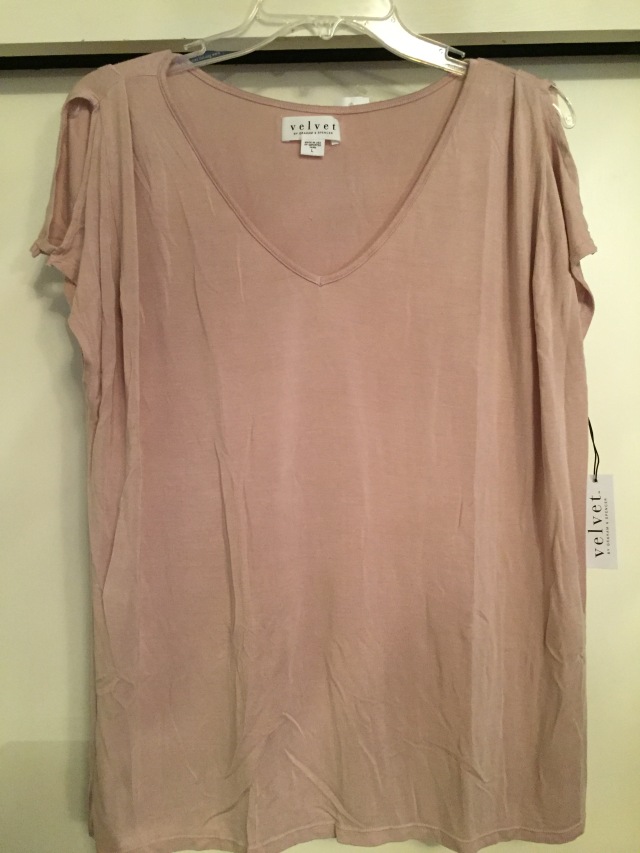 This has cold shoulder cut outs but they are not obnoxious. The light pink color is really pretty and right up my alley for what I’m wearing now in my downtime.

I forgot to take a picture of these (and let’s be honest, my photography is terrible), but I also received a pair of jeggings with an elastic waist. 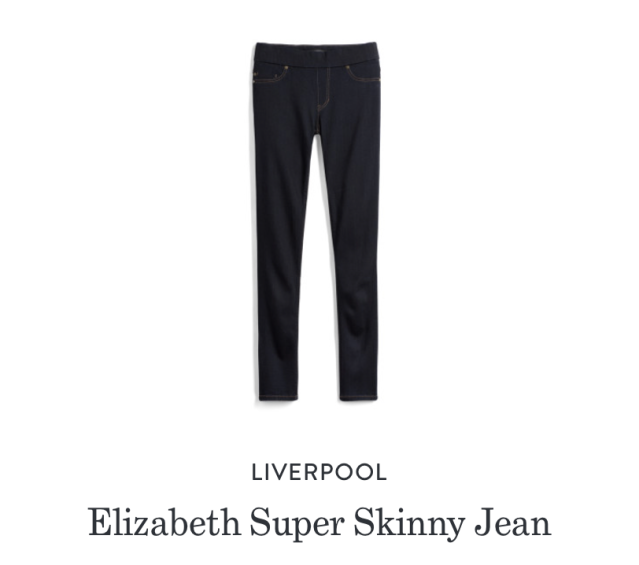 The only time I’ve had anything remotely similar was a 10+ year old pair of maternity jeans that I got from the Gap. Yep.

These are surprisingly comfortable and flattering. I would not expose the waistband – ever! – but the fit is sleek and I have already worn them at least half a dozen times. This is a good example of getting something from Stitch Fix that I would never try on my own.  I originally was only going to keep them to get the 25% discount on everything, but they are quickly growing on me.

This next pick was a safe bet for my stylist. I’d Pinned it twice to my Stitch Fix ideas board.

And a better pic: 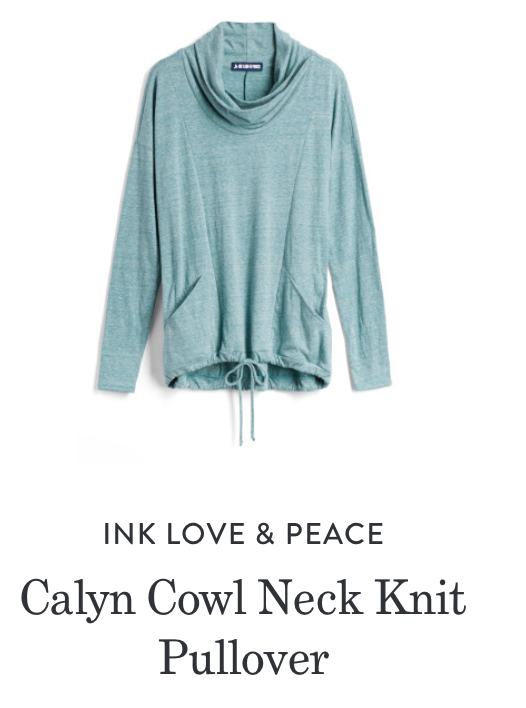 Isn’t the color pretty? I live in pieces like this on the weekends and for to-ing and fro-ing from the gym.

The last item was something else I’d Pinned:

MZ Wallace is a brand I’ve known about for a long time but only recently got interested in buying. I love how lightweight these quilted bags are. The timing of this was a bit off because I ended up getting another MZ Wallace bag – a floral tote – shortly after I received this one. I justified keeping them both since this one is more of a purse and the other one is a work tote or gym bag. I’m good with mind tricks like that. 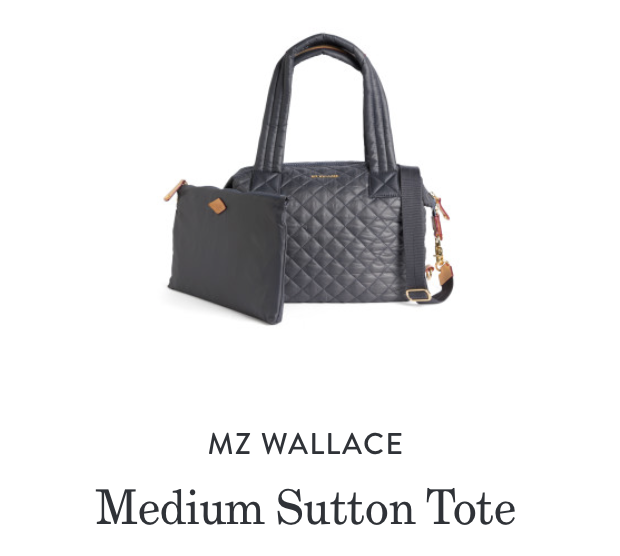 One more thing about the MZ Wallace bags: they come with an internal nylon pouch, which is useful for organizing items like chargers, etc.

This was an expensive Fix. Even with the 25% discount, the final tab was still about $350, mostly due to the bag (about $235) and the duster ($98). Having said that, I recently signed up for a Style Pass, which is a flat $49 fee for the year where now I do not have to pay $20 styling fees per Fix. With the Style Pass, Stitch Fix gave me a $49 credit. I also had a deal with my American Express card where if I spent $50 on Stitch Fix I would get a $25 statement credit. Those two factors alone made getting it all worth it.

This was a great Fix!

Ok, this hoodie from Raw Threads is pretty awesome.

I really like this MZ Wallace bag, especially the color palette.

Athleta also has several pieces right now in a color called Crushed Berry, which would look great with it.

Here’s a luxe sweatshirt and matching tank, although I think the ballerina pink color would also be a fabulous pairing. Lately, I haven’t felt like shopping all that much.

All of these earrings from J. Crew fit the bill of like-but-not-enough-to-buy. 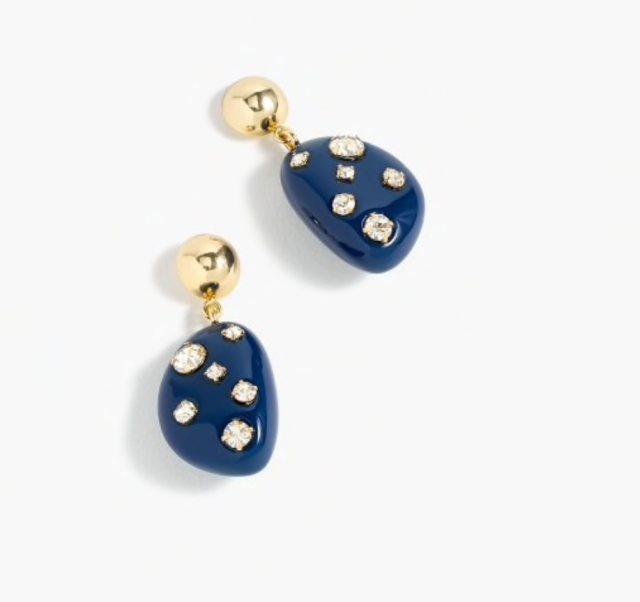 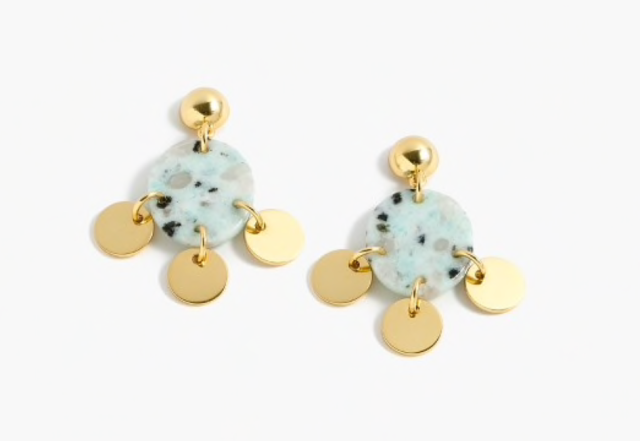 The lucite and gold ones are my favorite.

These are random things I stumbled upon this weekend, as I alternated between cable news  (Ugh) and escapist TV.

Temps were -7 without windchill on Saturday.

These Fabletics leggings feature Powerhold technology (whatever it is, I want it), trendy rose gold and back zippers on the lower leg, which is a feature I love. 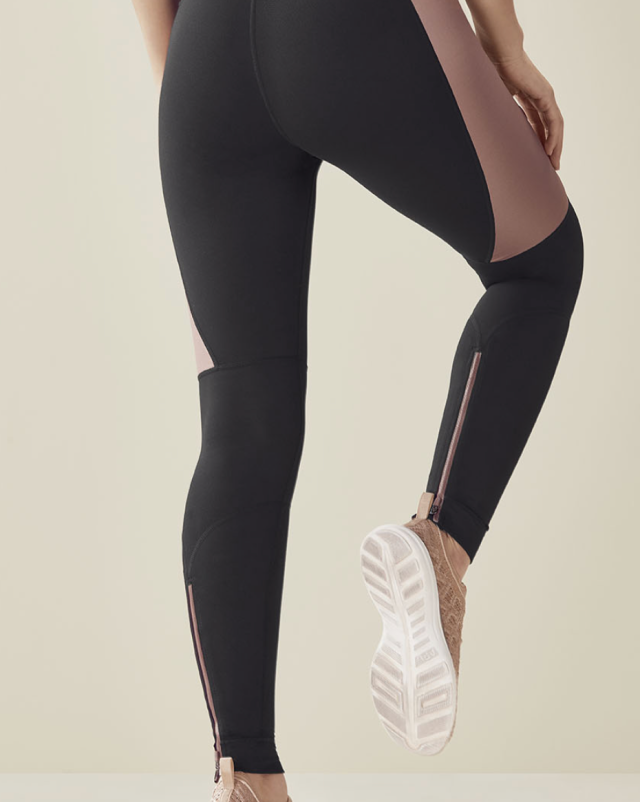 They would look great with this jacket: 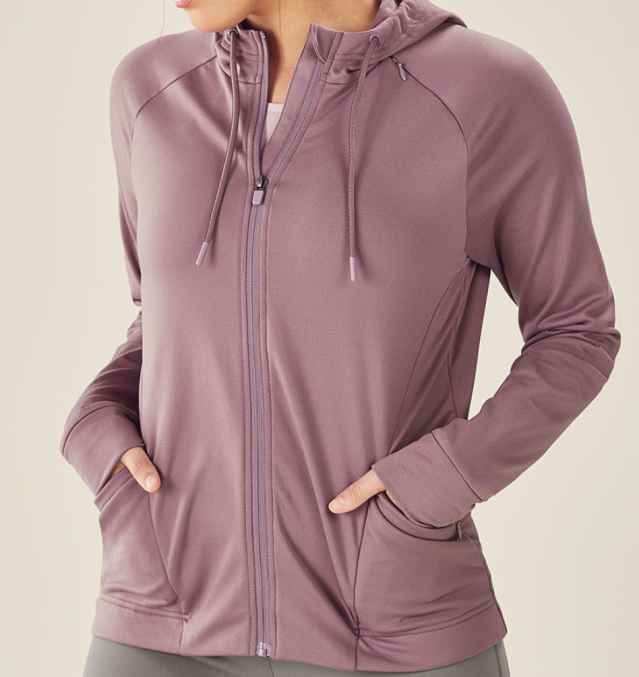 And this gym bag:

Sadly, these cozy slipper are sold out in my size:

Lastly, this is a huge splurge. I was lucky enough to get this completely frivolous item for Christmas, and it was perfect – something I loved but even I wouldn’t spring for it. 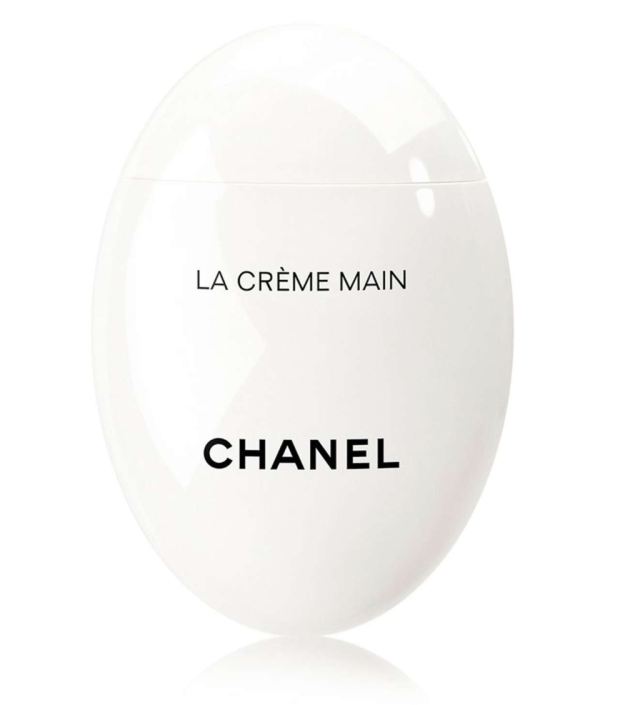 The scent is nice, the texture is perfect and the container is oddly satisfying to hold in your hand. What a treat to use.

Yesterday I did some boring but satisfying tasks, perfect for a cold Sunday.

I also pre-ordered this book this weekend, “The Year of Less.”  The tagline is this:

How I Stopped Shopping, Gave Away My Belongings, and Discovered Life Is Worth More Than Anything You Can Buy in a Store

I can get behind that sentiment right now. Looking forward to getting it on January 16th!

I ordered another round of products from Beauty Pie over the weekend and was surprised when they showed up a few days later.

This time I included a mix of skin care products and cosmetics.

The skin care products are yet to be proven, but on first glance they all seem nice. I ordered an eye cream, face serum and night moisturizer. The texture is light, almost gel-like. I couldn’t detect any scent. Application was smooth and they were not sticky. All are from their Super Retinol line. While there was a retinol set on the website (advertised as “Coming Soon” here), it is inexplicably more expensive to buy the set than the individual products. The set includes a clear bag to hold the products, so that may account for the price difference (about $34 to buy the individual products versus $41.12 for all of them). The set isn’t currently available and while it includes four products (not just the three I ordered), the fourth is a retinol hand cream that didn’t seem appealing. That made it easy to save a bit and just order what I liked and as a plus, those items were already in stock.

On the cosmetics side, I ordered a set of five gel eyeliners, another cream eyeshadow stick (Wild Violet), and a Futurelipstick Luxe Shine lipstick (Naked Pink).

Here they are swatched on my arm: 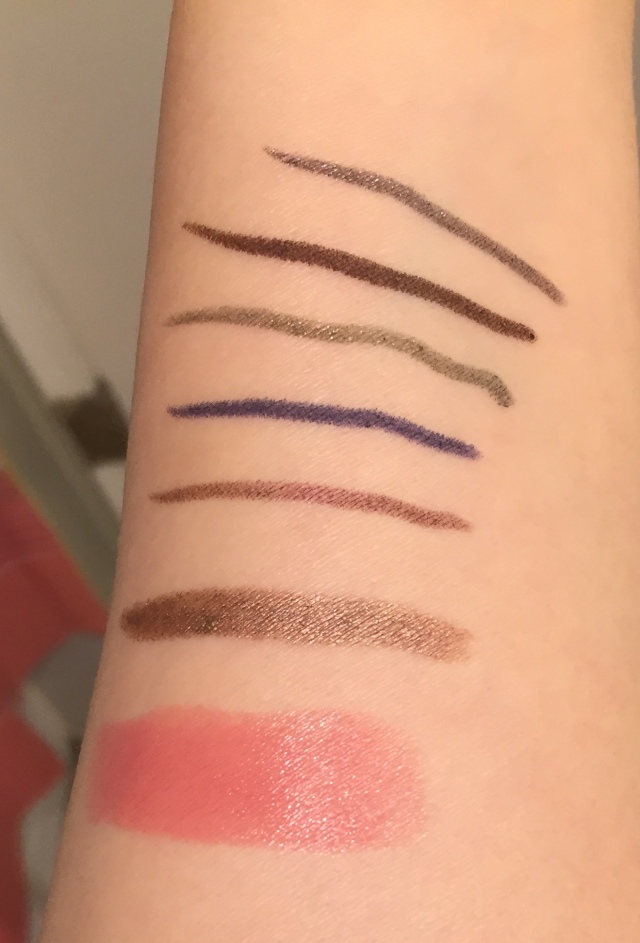 Ok, a couple of things here. This is my right arm and I am right handed, hence the wavy lines with the gel eyeliners that were applied by my left hand. From top to bottom, the colors are Stargazer (metallic gray), Turkish coffee, Envy, Deep Blue Sea, Very Pretty Plum, Wild Violet (the shadow stick), and Naked Pink.

The gel eyeliner set is a huge bargain. The colors are creamy and even when applied by a non-dominant hand, they swatched with zero tug. I like all of the colors. Trixie picked Deep Blue Sea as her favorite.

The Wild Violet shadow stick is also quite pretty and manages to straddle the line between purple and copper. This is very appealing.

The Futurelipstick was also a winner. Not only is the color right up my alley, the texture is creamy and there is perhaps a very faint vanilla taste. I am definitely going to order more of these.

The prices stacked up as follows (listed as suggested retail/member cost):

Beauty Pie continues to win me over.

Last night – a few hours before the calendar turned – I posted the following on Facebook:

In the end, I am here and so are the people I love, and that is the most important thing.

But it took a lot to make it so.

I don’t think I handled 2017 with particular grace, but there were some wins, particularly professionally. Personally, I have a long way to go.