Have you been watching Jimmy Fallon on “The Tonight Show” this week?

Some highlights, if you missed them:

Ok, this was the sign off from “Late Night with Jimmy Fallon,” but it combines Mr. Fallon with my favorite performing troupe of all time, The Muppets.

Isn’t it great when you hear a song you love and it immediately transforms you back to the time and place when it was relevant to you?

That’s what happened to me today when I heard this excellent tune:

Ok, for reference, I am still happily married to Ever Patient Spouse, but Liz Phair’s “Divorce Song” totally kicks ass.

Last year “Exile in Guyville” celebrated its 20th anniversary, and a whole bunch of other people expounded on the meaning of the album, its relevance as a feminist manifesto (or not), and its place in history.

All I know is that in 1993, I couldn’t get enough of it. The tug between Boys are Stupid and I Really, Really Wish I Had a Boyfriend was very real to me back then. Looking back now, the fact that this was one of my primary sources of angst is hilarious, sad and quaint.

And then there is also this righteous ditty:

So, yeah, basically I want to be friends with Liz Phair. I think we’d get along famously.

Lately I’ve been listening to this haunting song way too much.

Artist Lou Doillon is from a glamorous French celebrity family and is a stylish It Girl, but don’t let that stop you from listening to the clip below.

I really don’t get into watching medical TV shows or really any other fictional media about doctoring.

Number one, I get enough medical comedy and drama in real life. And number two, most of the time writers get the details wrong, forcing me to go ballistic from the comfort of my sofa.

A prime example: A heavily pregnant first-time mom goes into labor on a plane! Someone steps up and within less than five minutes of contractions and a single push, said baby emerges and is miraculously clean, pink, non-pinchy looking and actually appears to be about 3 months old.

It doesn’t work this way, people. Trust me.

The fact that I’ve never seen “Grey’s Anatomy” is a source of personal pride. [Sidenote: I can’t even believe this show is still on. I thought it bit the dust years ago, but it turns out I was wrong]. 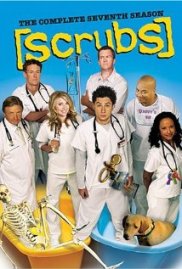 “Scrubs” came out when I was an intern, and man, could I relate to the awkwardness, horror and indignity of being at the bottom of the totem pole. The main characters weren’t OBGYNs, but there was an episode where Sarah Chalke was tempted to jump ship to the GYN ranks. 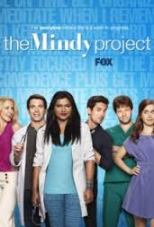 “The Mindy Project” is my current crush. Honestly, the fact that she’s also an OBGYN is almost superfluous. It’s really her perpetual ability to embarrass herself and her love of fashion that I relate to.

Here was a recent confession scene where Mindy is talking to one of her partners:

I did it because I was scared.

I was scared and it was wrong and we should talk about it.

And I spilled red wine on your sofa cushion and then I turned it over.

Then I wrapped it in blankets. I thought you’d just blame it on your maid.

Who got into my brain for this material? I would so have this in my office, too.

Scoring a killer deal on luxury goods is one of my greatest pleasures in life.

I can’t reveal the details of my greatest score of all time – getting this Burberry coat for free! Yes, free! – but I definitely have a system for finding hidden deals or at least getting a little something extra with almost all of the major purchases I make. It’s definitely part of the thrill of the hunt.

Hands down, though, the best free swag comes directly from Bobbi herself. If you sign up for emails (or even texts!) from her website, you sometimes get the chance to shop new items first and there are almost always deluxe samples that come along with any purchase. The packaging and gift wrapping are also superb, and it’s easy to qualify for free shipping.