Over the weekend my friend T. described a cheesy baked cauliflower dish that she’d made. It was a riff on mac-n-cheese, except with cauliflower.

I decided to make my own version. Without a recipe.

If you are a regular reader, you know that I hate all domestic chores, but especially cooking, so this was a bold and unusual move.

I started with a 16 oz bag of crumbled cauliflower rice.

I decided to add protein via a 15 oz can of (rinsed) garbanzo beans mixed with the cauliflower.

To make it creamy, I added 8 oz of fat-free cream cheese. 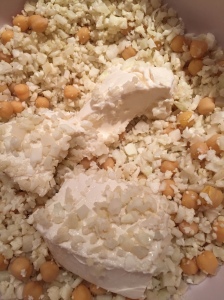 I put all of these in a microwave-safe bowl and cooked for four minutes. After stirring and tasting, I decided it sorely lacked flavor and added about a tablespoon of Italian seasoning and salt and pepper to taste. Big improvement.

Here’s where I made a mistake: in my zeal to make this dish healthy, I used two cups of fat-free shredded cheddar. 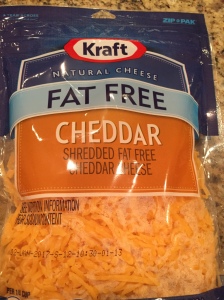 This was a bad decision. Not only is this cheese waxy and flavorless, it does not melt well. Do yourself a favor and get reduced fat cheese, the sharper the better. Or go nuts and get full fat. Just avoid the orange stuff above.

I stirred half of the cheese into the cauliflower mix and poured it into a 9″ x 13″ baking dish. The rest of the cheese went on top. 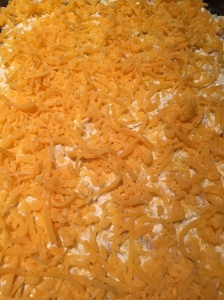 The casserole went into a 350 F oven for about 35 minutes. I kept waiting for the cheese to melt and make a satisfying golden brown crust, but that never really happened.

I served it with a salad.

Verdict: in the end, this was pretty tasty. No joke! I liked it enough to have leftovers at lunch the next day.

My kids hated it, though. Spouse didn’t try it.

So there you have it.

P.S. I think this dish still has potential, especially if you get the cheese right. There is also room to add in a lot of other veggies. Sun dried tomatoes would be terrific in here.

Late to the game as always, I discovered sweet potato toast last week.

Apparently this has been a Raging Thing on social media sites for a while.

“Toast” is a misnomer here, because no bread is involved.

Instead a slice of sweet potato is placed directly in the toaster, topped in an appealing and photogenic manner worthy of Instagram, and then consumed.

It sounded easy enough for me to try. 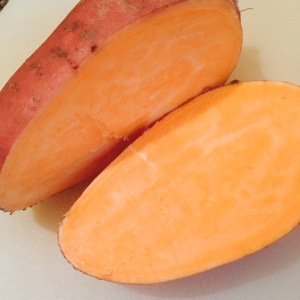 Slicing the sweet potato was harder than I thought.

Here’s my first attempt to get an even slice:

As someone who (successfully) performs surgery on other humans, I was cursing this sweet potato before I got two reasonable pieces. 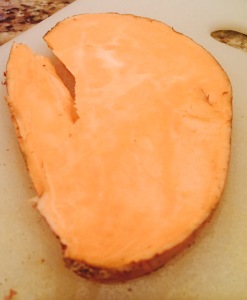 Into the toaster they went:

Full disclosure: I put them through four toast cycles before they seemed ready. Both were about half a centimeter thick.

Here’s what they looked like when they were done: 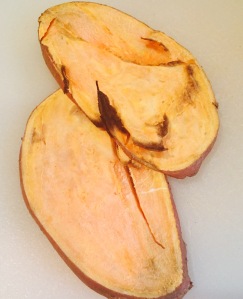 I topped them with avocado, a bit of fat-free feta and red pepper flakes. Vegetarian frittata rounded out lunch. 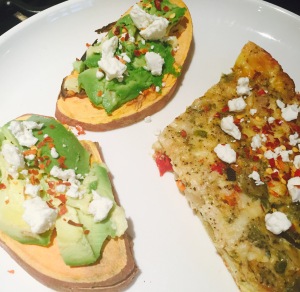 Verdict: this was surprisingly delicious.

Granted, I had just finished a 12 mile run and was extremely hungry by the time I ate these, but they were much better than expected.

If I’d invest in some decent knives or even a mandoline, this would be even easier. Regardless, I’ll be making this again.

Have you tried sweet potato toast? Would you?

Lately I’ve been hungry for dips, as in the chips-and-dip variety.

The main problem is that many dips fall into the less than healthy category.

For a casual lunch yesterday, I decided to make a healthier version of a cheesy ranch dip that I’ve had in the past.

Full disclosure: I shamelessly ate this with Fritos, but it would work great with jicama slices, baby carrots or other crudités. 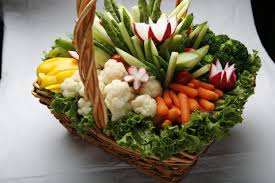 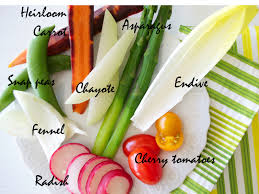 And now the recipe:

Popcorn is one of my favorite snacks, and one I can feel moderately good about eating (most of the time).

Hands down, I think this is the best popcorn maker out there:

The Whirley Pop stovetop popper is a pain to clean, but the delicious popcorn it churns out makes it well worth the effort. I make mine with a tiny (tiny!) amount of canola or olive oil (less than a tablespoon, just enough to coat the kernels), and I find that once it’s done, it doesn’t need anything other than a (modest) shake of salt.

You can make your own healthy popcorn in the microwave, too. It’s as easy as popping kernels in a plain brown paper bag. Find the instructions here. This is so much better than the artificial butter stuff.

For a real treat, check out Quinn popcorn. 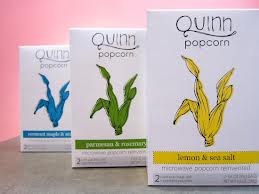 Their mission is simple: To clean up the food we eat, which is why you won’t find toxic anything in their products. And with flavors like parmesan and rosemary or olive oil and herbs, it’s hard to choose what to make.

If you’re looking for a spring cleaning for your diet and well-being, Purely Elizabeth’s got it covered!

(FYI, this is my favorite little gluten-free grains company, and I feel like I unearthed a great secret when I discovered their products last year. Plus I love the company’s philosophy about well, everything. They are so inspirational to me).

Back to the March makeover: each week has several wellness goals. There is also advice about cleaning out your pantry plus healthy recipes that sound really great. The quinoa and kale salad with avocado – one of my favorite things in the universe – is something I’m going to try this weekend.

Check out week one here.